LENORE, Man. — The Hodgins’ life exists within a geographically small circle, revolving around the family’s modest beef cattle operation near the Manitoba-Saskatchewan border.

However, sometimes it revolves pretty fast.

“It gets challenging when both Cameron and I have off-the-farm jobs, then you come home and there’s busy farm things too,” said Lisa, a schoolteacher now on maternity leave with six-month-old Chase.

“It’s important to have quality family time, even if that’s us all checking on the cows together.”

Lisa and Cameron farm closely with Cameron’s parents, who live just half a mile down the road in this bushy, wetland-rich part of Manitoba.

Cameron works off the farm four days per week, commuting to Brandon to work as a firefighter.

It’s a busy life, made busier by the high management demanded by the farming system Cameron and his father operate.

“Staying small can be a benefit … but you have to be able to generate a profit,” said Cameron in his comfortable kitchen as Chase cackled in the other room while playing with his mother. Carrie, their shy three-year-old daughter, is hiding in her bedroom while a stranger visits.

Cameron and his father embraced holistic beef production after learning about the approach at meetings organized by the local grazing club. Speakers described what it would take to operate a holistic beef cattle operation, and the Hodgins family thought they could do it. They still meet with club members to discuss innovative ideas.

“It gets you thinking, will it work here? Could that be the cog for that wheel to make it finally turn,” said Cameron.

The Hodgins have experimented with a wide variety of pasture plants, including radishes and turnips, as well as seeding barley and clover together and growing forages such as cicer milk vetch for bale grazing.

The cattle are walked through a rotational grazing system, which requires lots of work but creates high grass production on the pastures.

Some of the speakers Cameron listened to were supported by grants from Ducks Unlimited, as was some of the equipment the Hodgins family received to turn some of their worked fields into pastures and protect their sloughs.

Cameron didn’t embrace a grass-based system just to help the ducks and geese, but he sees protecting wildlife habitat as part of developing a healthy, productive farm.

“By making the soils healthier, we’re making our animals healthier, and a byproduct of that is seeing more wildlife,” said Cameron.

“If you went and tilled all that, it would change the diversity a lot.”

A particular delight for the family is to take Cameron’s off-farm siblings to see eagles nesting in the bush on part of their land. And it was an exciting day when moose came through a few months ago.

Lisa loves being on this farm, which is near the one she grew up on near McAuley, Man., on the Saskatchewan border. She didn’t plan to stay near home, but felt a calling after graduation from university south of the border.

She and Cameron lived in Virden and Brandon but jumped at the chance to move into a house down the road from Cameron’s parents.

“When I was a teenager, I was more into sports and being away, instead of helping out (around the farm),” said Lisa.

But when she and Cameron were a few years out of high school, “we realized we were on the same page. We wanted to start a family and we both wanted to raise our family in a small community.”

Lisa teaches at nearby Oak Lake Community School, which connects her tightly to her neighbours.

“I can go to the rink and see the kids playing, or see them at the fair. In the city, you might not run into your students out there,” said Lisa. “It’s nice to grow up in a small town, live in a small town and teach in a small town. You can relate to what’s going on.”

So even though Cameron and Lisa have busy lives with off-farm jobs, a demanding farm and two active children, they seem relaxed and confident as they look forward.

Cameron said he feels more confident about the sustainability of the farm when he sees more wildlife also calling it home.

“We can see our pastures improving, and that should be good for not just cattle but wildlife, too,” said Cameron. 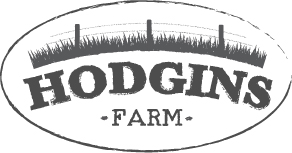